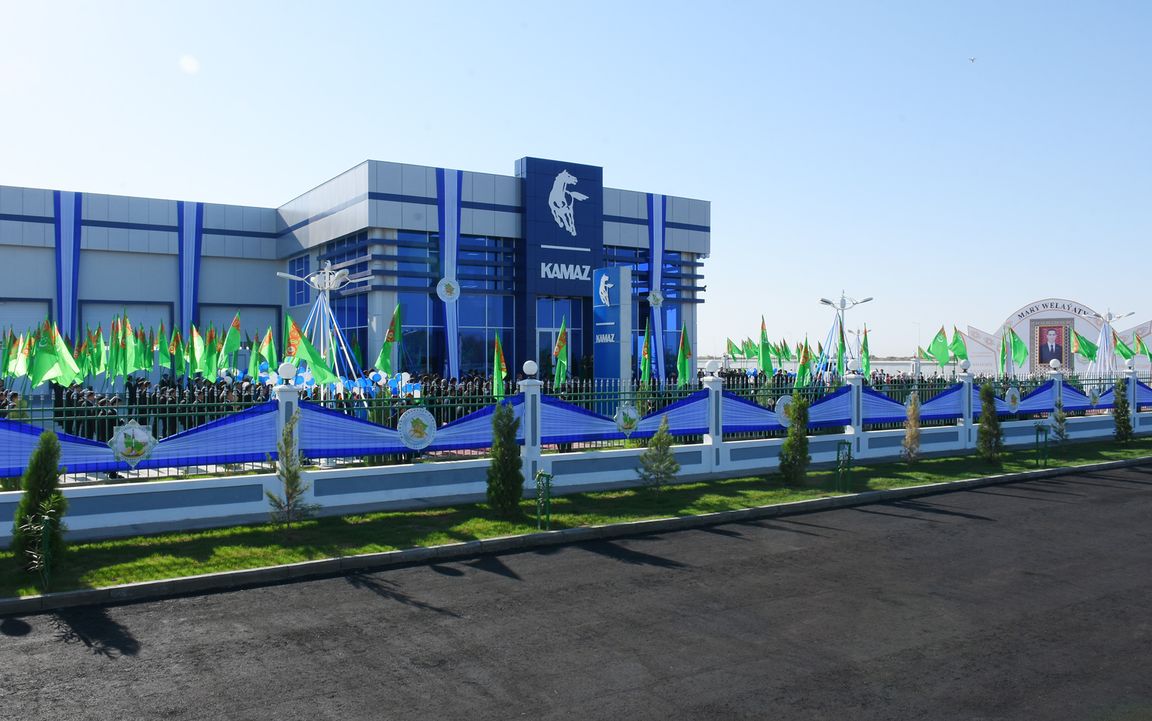 On September 25, solemn opening ceremonies of new service centers for the repair and maintenance of “KAMAZ” vehicles with training of technical personnel were held in Mary and Lebap velayats, reports the “Neutral Turkmenistan” newspaper today.

Representatives of transport institutions, the Board of Directors of KAMAZ FTC CORP. LLP, honorary elders participated in the opening of both service centers.

In the Mary velayat, the “KAMAZ” service center was built by the specialists of the Askan economic society, in the Lebap velayat the work was carried out by the individual enterprise Awtotrans.

Let us remind that last autumn a similar training and service center appeared in the city of Turkmenbashi in the Balkan velayat. It was built by the “Vozrozhdenie” production association from St. Petersburg, which has been successfully operating in Turkmenistan for a number of years. The first “KAMAZ” service and training center was opened in Ashgabat in 2008.

Earlier, on June 21, 2019, the President of Turkmenistan signed a Resolution authorizing the ministries, departments and other institutions and enterprises of the country to conclude contracts for the purchase of a large batch of “KAMAZ” vehicles and spare parts for them.