Turkmen delegation discussed issues of transport communications in the UAE 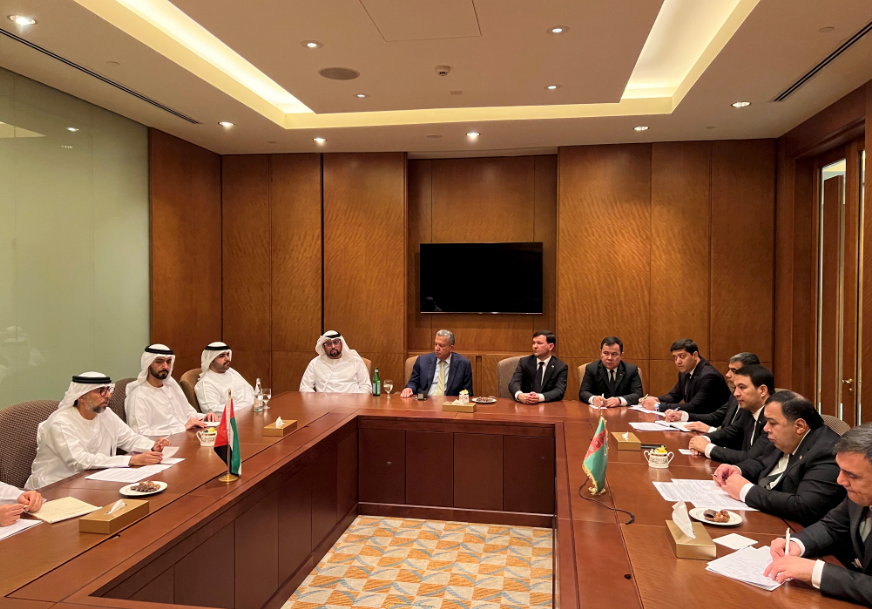 As we previously reported, the Turkmen delegation headed by Deputy Foreign Minister Berdyniyaz Myatiev has been in the United Arab Emirates since September 12 on a working visit, which ended today.

In the period from September 14 to 16, a number of meetings were held between the delegation of Turkmenistan and officials from the transport and tourism sector of the UAE.

In particular, negotiations were held with Omar bin Ghalebi, Deputy Director General of the UAE General Directorate of Civil Aviation, heads of the UAE Etihad Rail Railway Authority, Ali Ibrahimi, Deputy Director General of the Economic Development and Tourism Directorate of the Government of Dubai, and with the managing directors of “Dubai Nasdaq” UAE.

During the talks, issues related to strengthening relations between the two countries in trade, economic and transport areas were discussed. In particular, the use of the possibilities of sea, rail and air transport, including port infrastructure, was discussed.

Thus, the leaders and specialists of “Turkmenistan Airlines” and other transport organizations discussed their cooperation and further steps with the General Directorate of Civil Aviation of the UAE.

There was also a discussion of cooperation between the UAE Railway Authority Etihad Rail and the “Turkmen Railways Agency” and the creation of a transport corridor UAE-Iran-Turkmenistan. Besides that, the issue of joining the UAE to the North-South transport corridor was considered, reported on the website of the Turkmen Foreign Ministry.

Let us remind that in the period from September 12 to 14, the delegation of Turkmenistan also held a number of meetings.