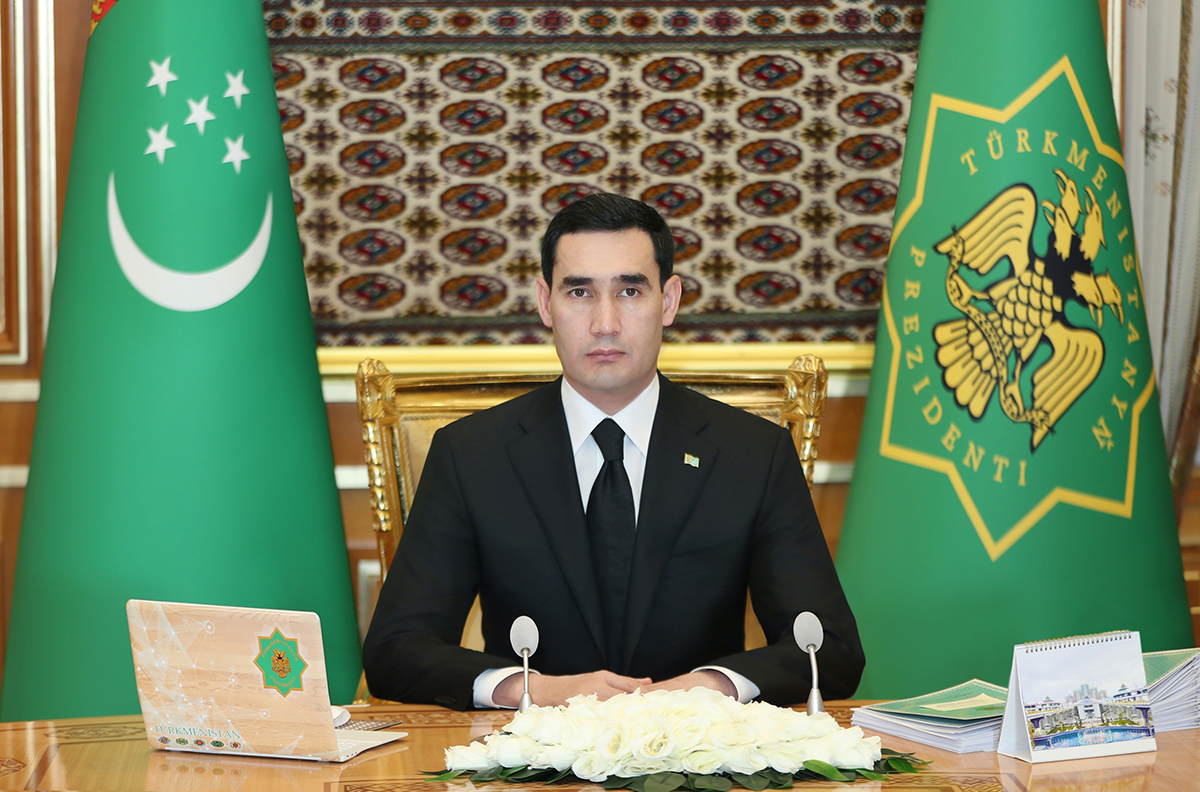 Esteemed President Serdar Berdimuhamedov addressed a welcoming message to the participants of the Week of Culture, which opened in Mary velayat.

In his message, the head of state sincerely congratulated everyone on the start of the events of the Week of Culture held in Mary velayat and wished them good health, family well-being, and great success in their creative activities.

According to the head of state, this kind of festival of arts contributes to the further development of the sphere of culture, increases the creative potential of our Motherland. This holiday serves as an incentive for cultural figures, artists, creative workers and inspires them to create new perfect works. Each of the cultural events organized within the framework of the Week is of great importance in improving the work of the country's specialized institutions, exchanging the experience of cultural figures, raising the level of knowledge, cultural education of the population, and widely popularizing the achievements of this sphere.

“The Week of Culture gives unforgettable events, including conferences and exhibitions held to popularize the values included in the UNESCO List, study and master the experience of museums, improve home museums, carefully preserve the national historical and cultural heritage, modernize the activities of rural houses of culture , restoration of ancient examples of dance and folklore art, creation of new works of theatrical art, as well as premieres of films, concerts of creative teams,” says the message of the President of the country.

At the same time, the Address of the President of Turkmenistan emphasizes that the ancient Mary land, which plays an important role in the history of the Turkmen people, is famous for its historical and cultural monuments, national values, and natural attractions.

Historical monuments located on the territory of the State Historical and Cultural Reserve “Ancient Merv”, included in the UNESCO World Cultural Heritage List, as well as Gonurdepe, Dandanakan and others are cultural heritage and part of the national heritage treasury.

As the head of state emphasizes, the Mary land, where such scientists and thinkers as Barbat Mervezi, Abdylla ibn Mubarek Mervezi, Shemseddin Mervezi lived, such poets as Mahesti, Muezzi, Mollanepes, as well as Baba Gammar Pir, has been widely known since ancient times as a center for the prosperity of science, literature, art. Their rich literary heritage is of particular importance in instilling in the younger generation a love for the ancient values that we inherited from our ancestors, in the wide promotion of our glorious history.

At the end of the message, the President of Turkmenistan once again cordially congratulated the participants of the festival of arts on the grand opening of the Week of Culture in Mary velayat and wished them good health, longevity, creative success.

Let us remind that at the end of June, the Week of Culture is celebrated for a week, which has become an annual tradition in Turkmenistan. This cultural holiday, held in the country's velayats alternately, this year opened on June 22 in Mary velayat.