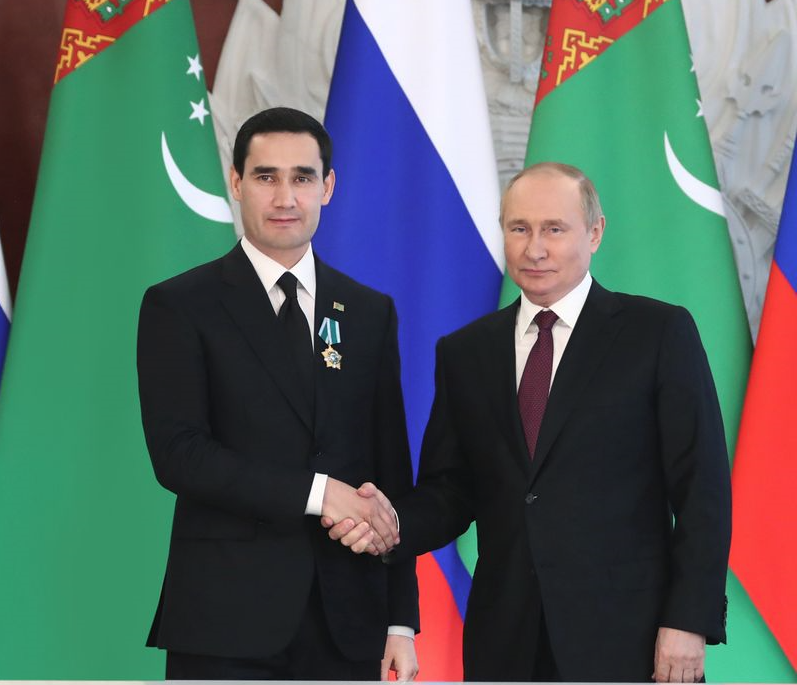 On June 10, the esteemed President of Turkmenistan Serdar Berdimuhamedov left for an official visit to the Russian Federation, reports the State News Agency of Turkmenistan.

At the Moscow “Vnukovo-2” International Airport, the esteemed President Serdar Berdimuhamedov was greeted with great honor. On the occasion of the arrival of the high-ranking guest, the State flags of Turkmenistan and the Russian Federation were raised on the flagpoles and the guard of honor was lined up, the heads of state were met by officials.

The official welcoming ceremony for the high-ranking guest was also held here, at which the State Anthems of Turkmenistan and the Russian Federation were performed.

The Government delegation from Turkmenistan, which arrived in Moscow the day before also participated in the ceremony.

The ceremony ended with a solemn procession of soldiers of the Guard of Honor.

From the airport, esteemed President Serdar Berdimuhamedov went to the residence allotted to him for the duration of the visit.

During the visit, the head of Turkmenistan will meet with his Russian counterpart Vladimir Putin.

During the talks, it is planned to discuss the whole range of issues of further development of bilateral cooperation in the political, trade, economic and humanitarian spheres, and topical regional and international topics. It is expected that the signing of the Declaration on deepening the strategic partnership between Turkmenistan and Russia will take place at the meeting.